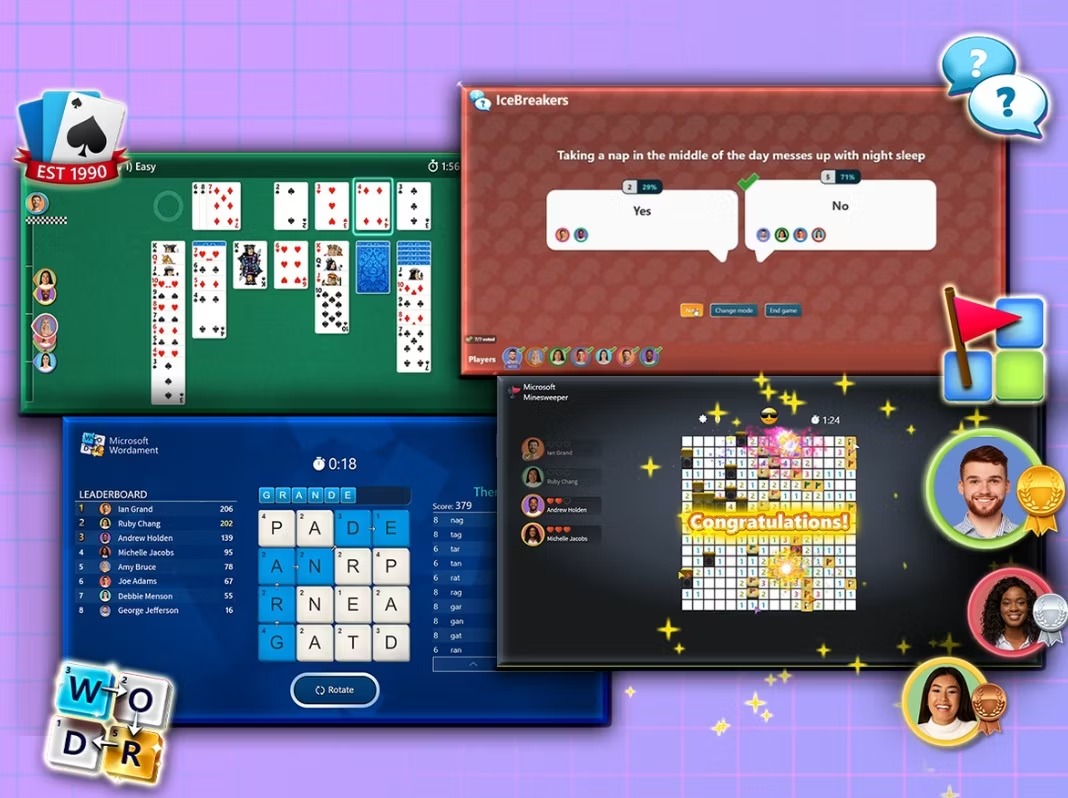 Usually companies want employees to stay focused on their work, but Microsoft seems to be of the opposite opinion. The company has released a new app for Microsoft Teams called Games for Work, which is literally “games for work”.

The application contains a number of games made by Microsoft, and they are designed to give you the opportunity to relax and chat with colleagues during a pause. The games can be played in multiplayer mode, from two to 250 people, so you can compare your skills.

“More than 3 billion people around the world play games, and games have played a critical role in bringing people together, especially in the last few years,” said Jill Braff, general manager of integration and casual games at Microsoft. “Games promote creativity, collaboration, and communication, and we can’t wait to see how the Games for Work app in Microsoft Teams will increase productivity and help build connections in the workplace.”

Games for Work has classic Windows games like Solitaire and Minesweeper that are probably familiar to everyone from the versions available in the Microsoft Store. There’s also Wordament, a more competitive game that can host up to 250 players. The Teams version is ad-free, which at least means you won’t have to waste time clicking on ads or accidentally opening them. There is also a rather unique “working” game called IceBreakers, in which colleagues are asked questions, such as what they prefer: pineapple or pepperoni on pizza. This is a way to get to know colleagues and start a conversation about your interests.

If you’d like to try these games, you’ll need to download the Games for Work app from the Teams store. The app is only available with a work or school account, so it won’t work with personal Teams accounts.