It’s the most beautiful time of the year… for free and discounted iPhone apps. Starting December 1, the new season of Indie App Santa launched, an initiative designed to help small app developers reach new audiences without having to pay for expensive App Store ads. The event, which began in 2020, is now in its third year, offering both a Twitter feed and its own Advent calendar-style app, where iPhone users can unlock one premium app for free or at a significant discount daily. 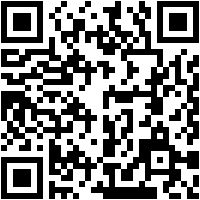 The distribution of gifts began on December 1, 2022, and will last until January 10, 2023. It’s like a monthly Black Friday, but only for indie apps. This promotion can give you some untapped gems and help support the independent app developer community.

This year’s Indie App Santa event will feature 40 offerings in an expanded number of categories, including mobile games. While app names have not been revealed ahead of time, Indie App Santa creator François Boulet has revealed that there will be at least one app this year that won an Apple Design Award . He also notes that half of the deals featured will be free downloads of paid apps, not just discounts.

While developers who participate must offer discounts, they end up reaping the benefits in other ways as well. Beyond the initial surge of interest, increasing reach often helps them gain loyal loyal users who also leave higher ratings and reviews. It also gives their app a boost on the App Store charts during one of the busiest times of the year for downloads – the holidays. And apps that offer other in-app purchases can profit from increased sales in the days following their participation in the sale.

You can track offers on the @indieappsanta Twitter feed or by downloading the app. If you select it, you’ll get the option to click on the little holiday windows that open up to show the free or discounted app icon. If you choose to support the program with a $4.99 in-app purchase, you’ll get access to other features such as push notifications that will alert you to offers as soon as they’re available, alternate icons, and, soon, widgets. However, many do not necessarily pay for the feature set, but they pay for the support of the program itself – and the application also allows you to increase the donation amount.