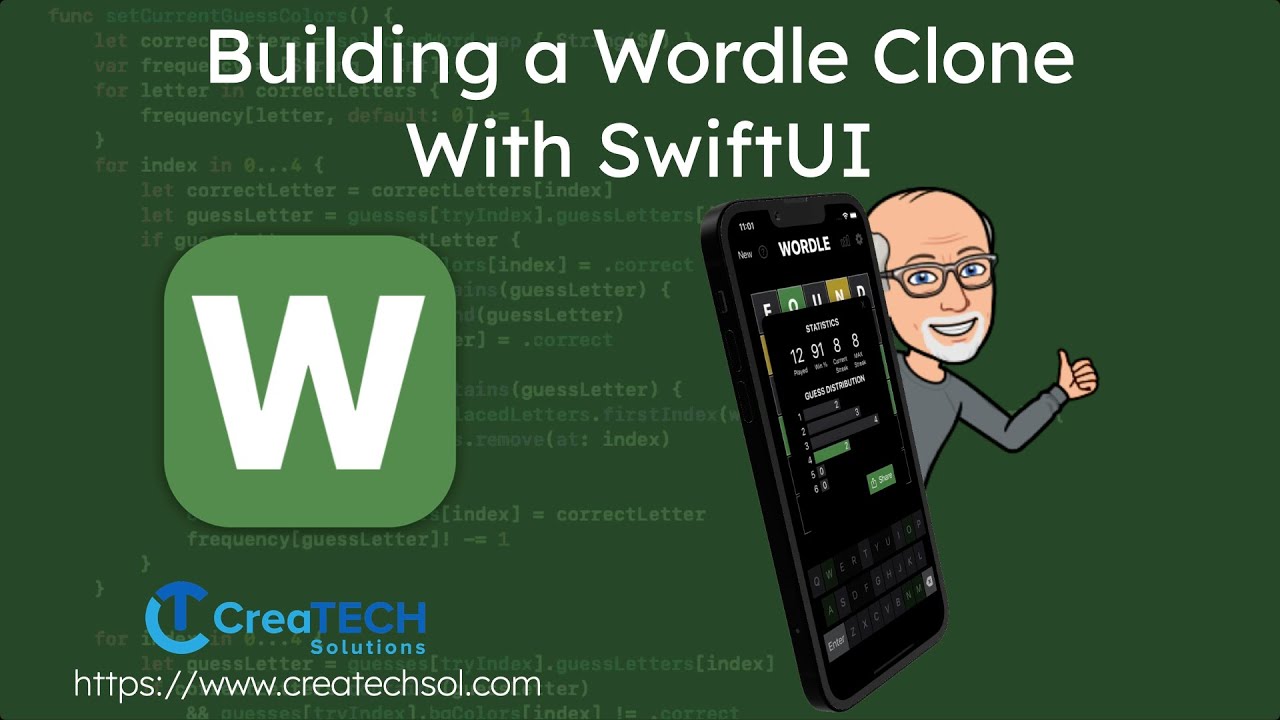 Wordle is a word game created by Josh Wardle, a Software engineer from Brookyn, who created a guessing game just for himself, his partner and his family that proved so popular with that group that he thought he might be on to something so he released it as a web app to the rest of the world in October.

It’s a Once a day game which invites players to guess a five letter word. After guessing a word, the game tells you whether any of yoru letteres are in the secret word and wheter they are in the correct place. You have 6 tries to get it right.

After each try, you are presented with a screen showing you how you are progressing over time.

What I decided to do was create a free 9 part video series on how you can build the application using Xcode and SwiftUI. I have tried to replicate the application and feature set as closely as possible, but added a couple of additional features.

This is for educational purposes and should not be submitted to the app store for obvious reasons, it is not your idea, nor mine.