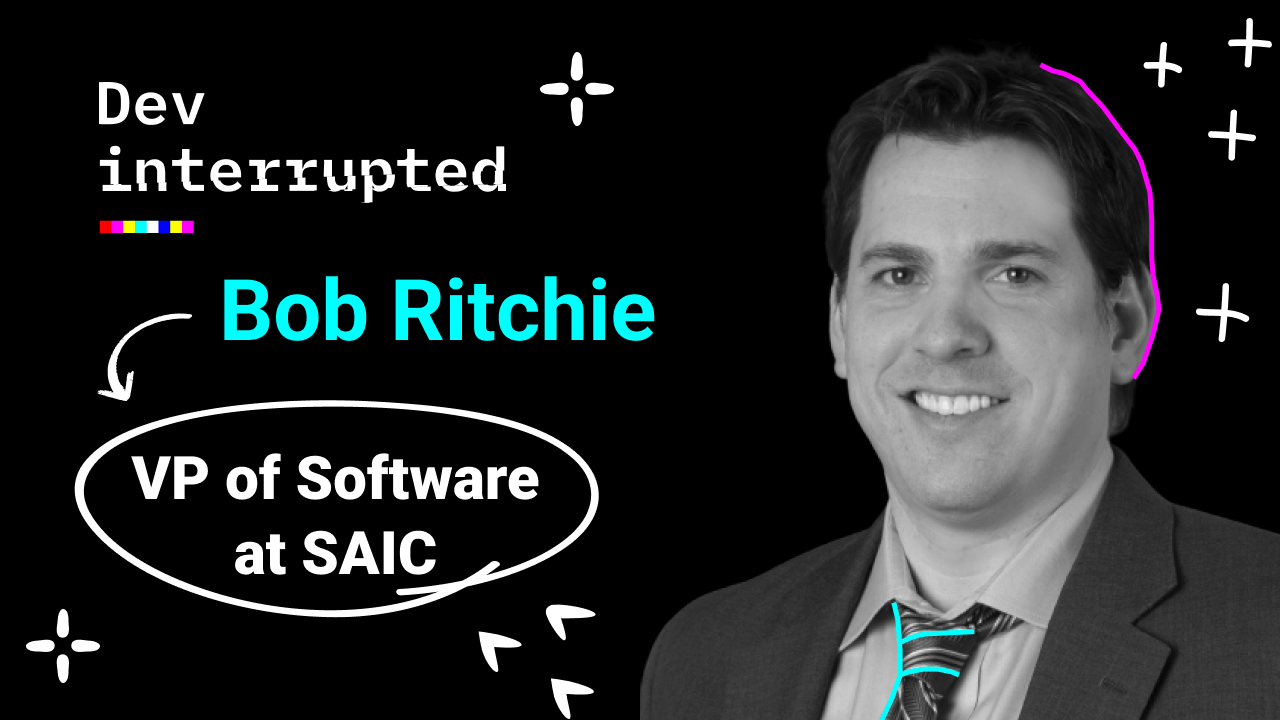 The problem is, it’s becoming increasingly difficult to understand what solutions are required for a given problem and even harder to task a team with finding them.

That’s why Bob Ritchie, VP of Software at SAIC, thinks the top-down management model is dead. To replace it, Bob is championing a “team-of-teams” model that provides his developers with far more autonomy — so much, in fact, that they can even self-elect their leaders.

On this week’s episode of Dev Interrupted, Bob discusses the challenges of software development in an increasingly dynamic environment, why he believes developers should be no further than 4 steps away from their CEO and the historical challenges of connecting results in Silicon Valley to those in the federal government.

Who would’ve expected a federal government tech integrator (Science Applications International Corporation), to be on the leading edge of developer autonomy?