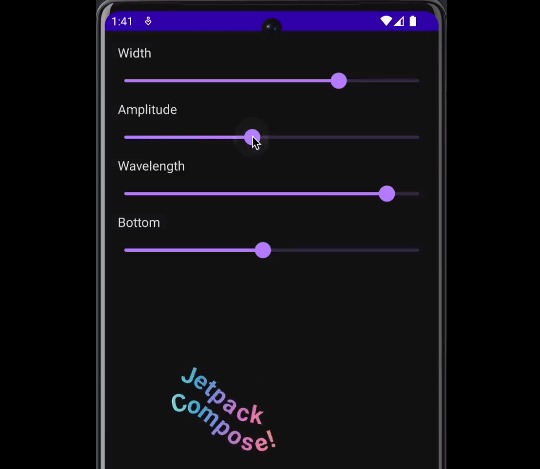 I’ve started learning and experimenting with Compose during dev13 build. Since then, Compose first transitioned to alpha, then beta and now 1.0 release is on the horizon. Meanwhile, I tried keep up-to-date as much as I could. Nevertheless, many of my experiments that I published on Github as repositories or gists usually stayed behind due to my tendency to hop between projects.

I decided to bring many of my compose projects into one repository to make it easier to keep them up-to-date. This repository should always have a single Compose version so that even when I start a new project, I would have to update every other sample as well. Although Compose doesn’t have version incompatibility anymore since Beta releases had started, I’d still feel better if the latest Compose version is always tested.

This is a Youtube like Video Player App that is completely written in #JetpackCompose using good old #ExoPlayer. IMO, It nicely demonstrates the smooth interoperability with the existing Android Views.

Made this animation as a background modifier in #JetpackCompose a while ago. So fun to just watch the dots travel, bond connections again and again. The responsiveness of canvas to configuration options is outstanding. Great work by the compose team

Made this on-call schedule calendar with #JetpackCompose. RecyclerView & PageSnapHelper & Decorators & Multiple hacks for ripple & Text Drawing with more hacks VS one swipeable boi

). It wasn’t so long ago that we had to use a 3rd party library to have this kind of functionality in our app.

I knew I had to try this out as soon as I saw it on Reddit. Although I couldn’t get the math exactly right, it still looks fine.

My last experiment with #JetpackCompose, a weight entry view. No LazyRow or anything. Just a simple Animatable float and draggable modifiers.

For this project, I wrote the first line of code around a year ago to have a composable Markdown renderer. Then, I completely forgot about why I even implemented the renderer Smiling face with open mouth and cold sweat This is a resurrection of my very old project Hugetwit (from 140 era)

Picture in Picture is one of those niche features that don’t get much love but it’s super important for video players. I tried running it using #JetpackCompose. It was ofc very trivial to update the UI Grinning face with smiling eyes

This demo was inspired by light.cretu.dev. Using Experimental Brush API for TextStyle, we are able to shine a light of radial gradient on a background text composable.

Drawing text on a Path

Making the waves with Jetpack Compose