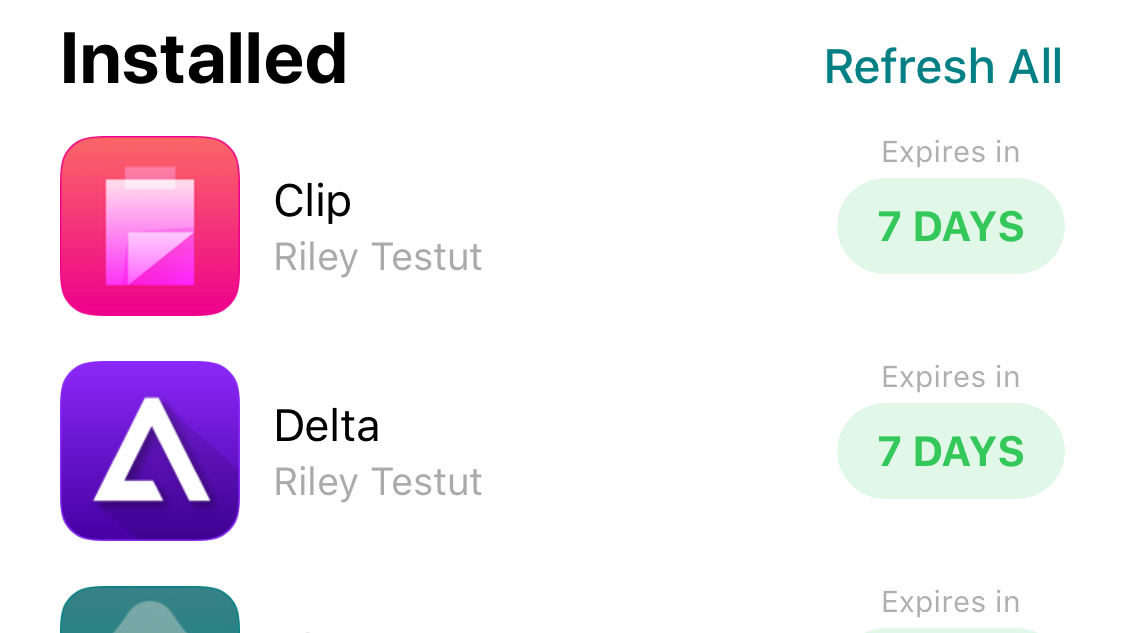 AltStore is an iOS application that allows you to sideload other apps (.ipa files) onto your iOS device with just your Apple ID. AltStore resigns apps with your personal development certificate and sends them to a desktop app, AltServer, which installs the resigned apps back to your device using iTunes WiFi sync. To prevent apps from expiring, AltStore will also periodically refresh your apps in the background when on the same WiFi as AltServer.

For the initial release, I focused on building a solid foundation for distributing my own apps — primarily Delta, my all-in-one emulator for iOS. Now that Delta has been released, however, I’m beginning work on adding support for anyone to list and distribute their apps through AltStore (contributions welcome!

Why iOS 12.2+ and macOS 10.14.4+? Doing so allows me to distribute all AltStore apps without embedding Swift libraries inside them. This helps me afford bandwidth costs by reducing download sizes by roughly 30%, but also noticeably improves how long it takes to install/refresh apps with AltStore. If you’re compiling AltStore and/or AltServer yourself, however, you should be able to lower their deployment targets to iOS 12.0 and macOS 10.14.0, respectively, without any issues.

AltStore is a just regular, sandboxed iOS application. The AltStore app target contains the vast majority of AltStore’s functionality, including all the logic for downloading and updating apps through AltStore. AltStore makes heavy use of standard iOS frameworks and technologies most iOS developers are familiar with, such as:

AltServer is also just a regular, sandboxed macOS application. AltServer is significantly less complex than AltStore though, and for that reason consists of only a handful of files.

AltKit is a shared framework that includes common code between AltStore and AltServer.

AltSign is my internal framework used by both AltStore and AltServer to communicate with Apple’s servers and resign apps. For more info, check the AltSign repo.

Roxas is my internal framework used across all my iOS projects, developed to simplify a variety of common tasks used in iOS development. For more info, check the Roxas repo.