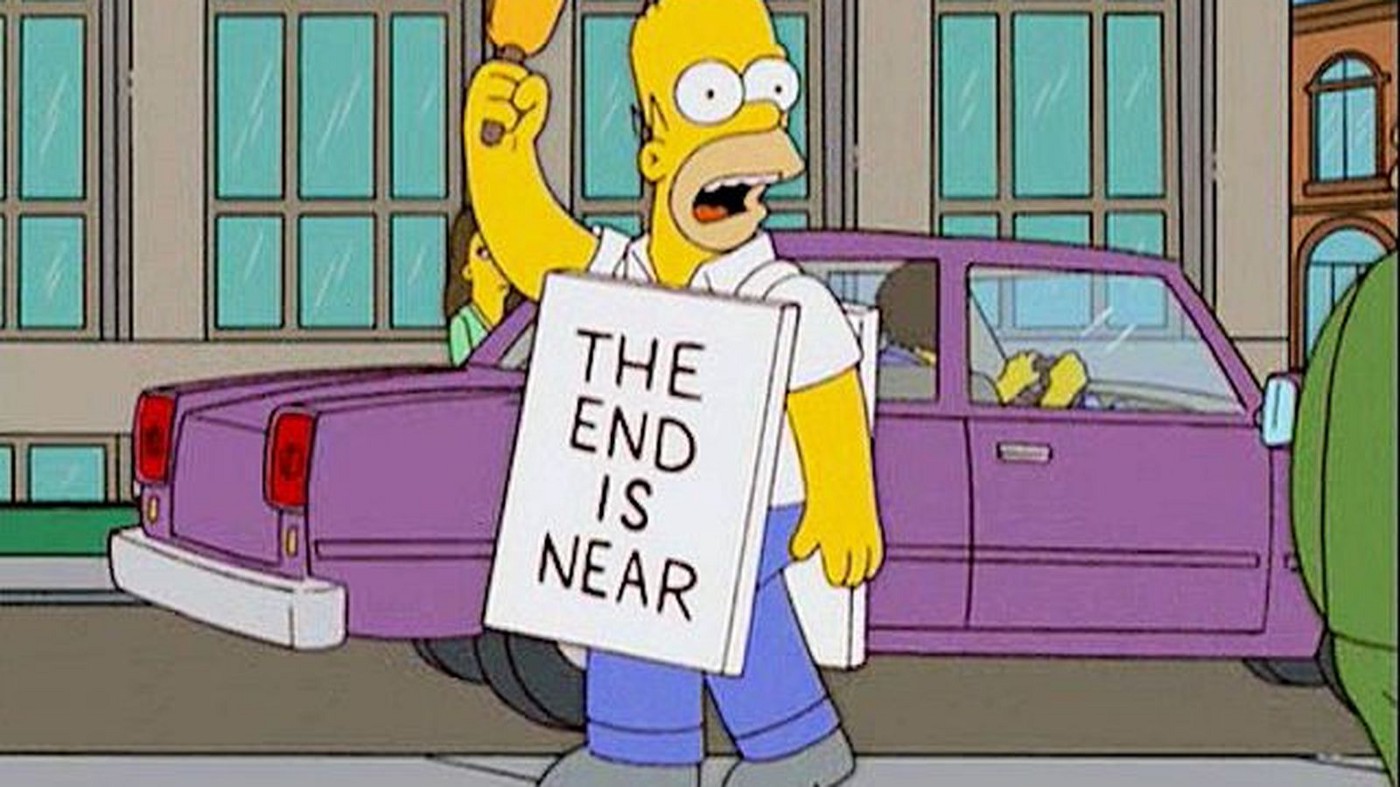 I’m a major in International Relations, and the one thing we are groomed to be good at is building scenarios and projections. Beyond the amazing work it does to my anxiety every time I see something about nuclear warheads on the news, it also serves to anticipate a lot when it comes to my personal life.

One scenario I’ve been building up in my head during the past month is “when will I be obsolete?” It has happened to almost every profession in history: Typewriters, secretaries, tailors… The world turns, things change and people are left behind, that’s life.

The more I ponder about this question, the more I believe we are living the last days of Product Management zenith. The natural follow-up question that arises is “then what?”. Will my position be transformed? Will I have to change careers?

Let me share some of my considerations on why the end is nigh and what we should be doing about it.

The winds of change

Revolutions begin silently. Most times than not, when people realize what is happening, it’s already too late. Things that seem to be irrelevant at first sight are often the indicators of change that people ignored. Here are three things I believe that are marking the end of Product Management:

So, to recap, the 3 horseman of the apocalypse are: A) less overall investment on the market which means that startups are not so hot anymore, B) a fundamental shift in technology, comparable only to the birth of the internet or the popularization of mobile and C) too many people becoming Product Managers, and not necessarily good ones since we are learning from second-hand teachers at this point.

The internet transformation is so wild and I’m so unqualified to speak about it that I’ll let it out of further exploration. Each of the other two omens I’ve mentioned have a thousand impacts on the Product Management workforce marketplace, from the most subtle ones to the harsher kinds. Since I can’t cover them all in a 5 minute reading, I’ll focus on two that are already underway.

The ending of Growth

At the same week, three Brazilian unicorns made cuts to the hundreds on their payrolls. Similarly, more than 2000 people have been discharged from startups at the Valley on March alone, according to The Information. Both sources are crystal clear: with less money to invest, venture capitalist are pressing for results rather than growth, and “fat” is starting to be trimmed. Although Product Managers don’t seem to be necessarily the main victims of these atypical lay-offs, this change of pace dictates a fundamental shift of what is to be expected from us. Squads, fail-fast, continuous delivery; all of those concepts were supported by the need of gaining scale fast at the expense of positive financial results. Startups had to follow it and consolidated companies had to tag along if they wanted to be competitive. Now, without this kind of pressure on the big and small alike, the next consequence ensues…

The return of Project Management

The Lean paradigm is expensive. Having squads oriented around challenges rather then sources of income, expecting them to fail often as long as they succeed big time at the end is not smart on a purely ROI point of view, specially because it takes so long to pay-back.

If there is less investment, less support for the Lean paradigm on the market, companies resort to more conservative, guaranteed ways of making a return on their capital: projects.

Not only that, but an over-saturated market of Product Managers mean that people are not so interested anymore on the quintessential aspect of the culture, they want the badge and the paycheck. Companies, specially the older ones, take advantage of this enfeeblement of core values to pass on project practices disguised as “product adaptations”, further strengthening the return of Project Management.

Are we destined to lose our jobs?

Well… technically yes… but no.

Product Management is, on itself, an iteration of a lot of other schools of management that came before it: Project Management, Business Management, Factory Line Management… Since the great pyramids of Egypt were built, there had to be someone doing and someone managing. Although management has shifted from vertical to horizontal, it has always been an essential part of value delivery.

Yes, you are probably not going to retire as a Product Manager. Yes, most of the content produced around Product Management today will be laughing stock some years from now. Yes, if you choose not to adapt, you will be jobless… but as I’ve said early in this article, that has always been the case for almost every profession in history.

Things might change on the surface, but they never change at the core. As I’ve already said on a previous article, the job is to take risks and to communicate. In other words, you have to lead, and the market will always need leaders.

I don’t think we’ll build Projects as we once did. Product Management left a mark on the industry and a lot of good things came from it. I believe we’ll settle on something in between. More demand for predictability, higher aversion to risk, less multidisciplinary teams, but shorter user feedbacks, less processes and more horizontal leadership.

I wouldn’t recommend you to run to the closest used bookstore and grab a PMBOK manual, but I would definitely recommend that you broaden your horizons on the topic. People on the Product community tend to obsess over subject rather then substance some times. If you have the core values of Product Development truly at heart, changes will come and go and you’ll still be a good leader.

Remember to “listen” to the customer frequently (either by data or direct feedback), be sympathetic to either yours external or internal stakeholders, make more questions than answers and have the back of your teammates. This career will never end.